With strong ties to the airport during his childhood, John Williams is no stranger to aviation. He holds many fond memories of the airport as a child, growing up with the Simmons and Cummings families during their involvement with the Airport/FBO during that time. He has many stories and memories about various aircraft, including a 1941 PT-17 Stearman that remains in the Simmons and Cummings families today.

John began flying around 40 years ago and completed his first solo flight at the age of 16 in 1979. However, he didn’t complete his training right away. Fast forward 40 years later, he completed his goal of obtaining his private pilot’s license this year on May 11. Two months later, he completed the work for his multi-engine rating.  He also recently became a co-owner of the same 1941 PT-17 Stearman he remembers from his childhood. With an end goal of obtaining his instrument rating, John is excited for this new chapter in aviation.

Congratulations to John on all of his accomplishments – we are glad to have you as part of our aviation community! 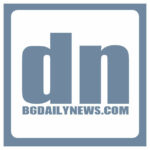 Taxiway Alpha Project Update as of June 2020. NOTAMs and other information related to the project can always be found at Airport Updates.

Click the button below for updates on the COVID-19 situation in Kentucky. Though the Bowling Green – Warren County Regional Airport remains open for aviation users at this time, visit the Airport Updates page to stay up to date with the latest airport information.

Our office employees enjoyed attending the Toys For Tots Appreciation Dinner on Monday, February 17. There were 7,446 children served by Toys For Tots Southern Kentucky in the 2019 Christmas season. Thank you to all the volunteers and donors!